This wedding at the incredible Orchardleigh Estate was special for so many reasons. The venue itself has always been one of my favourites ever since I photographed Nina & Isaiah’s equally fantastic wedding there a few years ago. In many ways, it’s a wedding photographer’s dream venue with so much character and an infinite array of photo opportunities.

Charlotte & Connor’s wedding was also particularly significant as Charlotte is a great wedding photographer herself. I actually met her for the first time when she attended my workshop in Cardiff last year. It’s always an honour when another wedding photographer books me to cover a wedding. It’s a huge compliment but also comes with a certain amount of pressure. I always aim to deliver a set of photos that the couple will absolutely love but, when the client is a wedding photographer, I want to exceed expectations and reward that trust more than ever.

As you’ll see from the photos below this wedding had some amazing moments and a few surprises. Charlotte wore not one, not two but THREE dresses on the day and looked incredible in all of them. The speeches were super-emotional and hilarious. The father/daughter dance turned into a brilliant dance-off! And I haven’t even mentioned the church choir, the singing waiters or the Vegas showgirls! Like I say, this was no ordinary wedding folks!

Huge thanks to Charlotte and Connor for inviting me to photograph this perfect Orchardleigh Estate wedding. I had such an amazing day, followed by a 2-hour drive and 3 hours sleep before jumping on a plane to Montreal in time for New Year’s Eve! 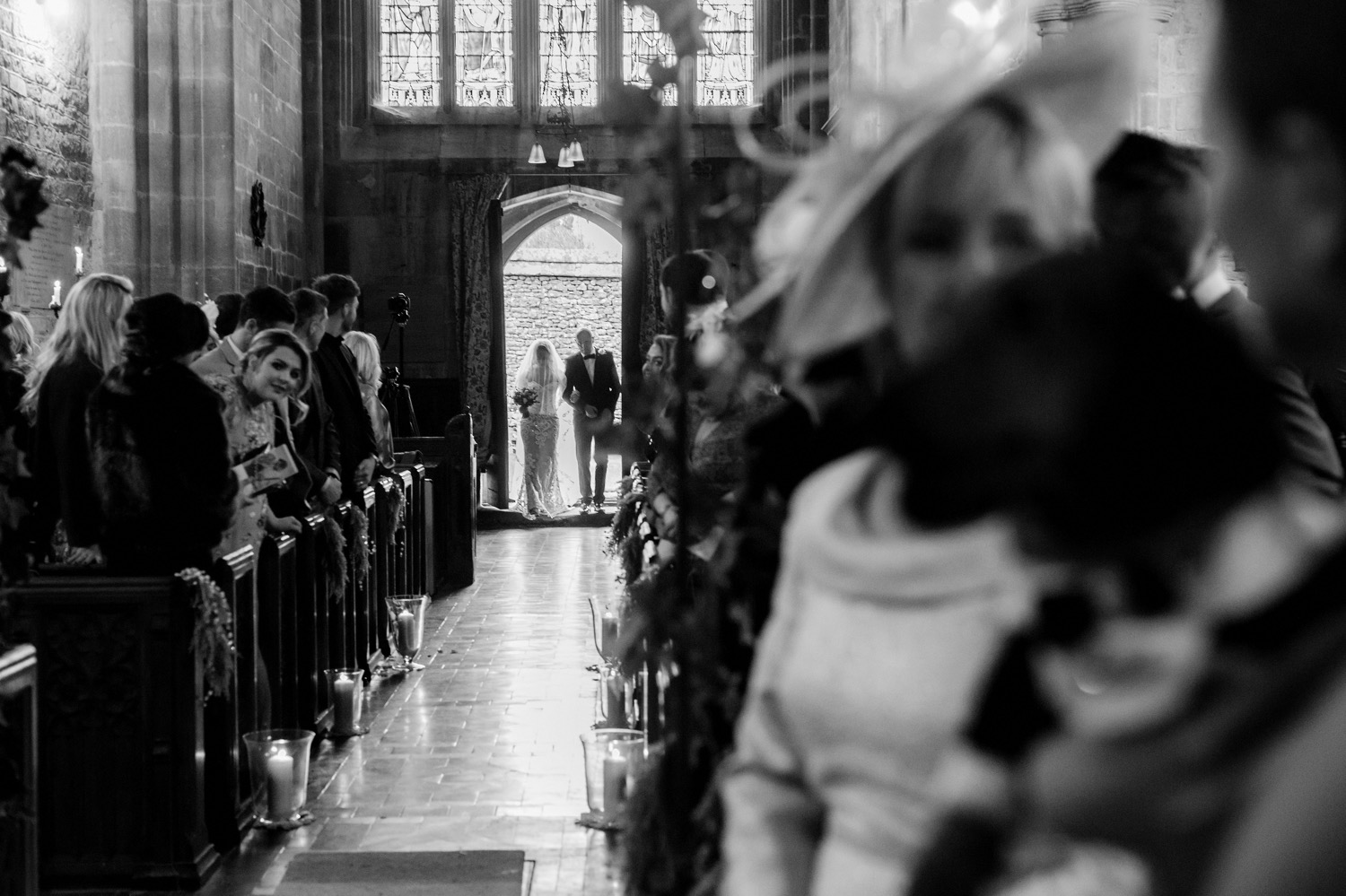 Orchardleigh (also spelt Orchardlea) is a country estate in Somerset, approximately two miles north of Frome, and on the southern edge of the village of Lullington. The privately held estate comprises a Victorian country house, the Orchardleigh Lake with its island church, and an 18-hole golf course.

Orchardleigh is available for weddings and other events. Various accommodation is provided, both in the house itself and at adjacent lodges and cottages in the extensive grounds.

Within the old estate are the Orchardleigh Stones, a probable Neolithic burial chamber which was excavated in 1803 and 1804, when human bones and cremation urns were discovered.

The Church of St Mary, Orchardlea, dates from the 13th century and is Grade I listed. The churchyard contains the grave of the poet Sir Henry Newbolt. The Gloucester Lodge gatehouse was built in the early 19th century.

The parish was part of the hundred of Frome.

The old Orchardleigh House was just south of the church. Its heyday was the time of Sir Thomas Champneys, 1st Baronet, High Sheriff of Somerset in 1775, but all that remains of that period is the boathouse, rotunda, the Lullington gateway, and the Tudor lodges dating from the 1820s. The old house was demolished and the present one built in 1856 by Thomas Henry Wyatt for William Duckworth. The new house is described by Pevsner as “picturesque, irregular, and in a mixed Elizabethan style”, and is a Grade II* listed building.

I’d love to photograph more weddings at Orchardleigh Estate so please get in touch if you’re planning a wedding at this truly spectacular venue.

Below is a short slideshow of some of my favourite recent wedding photographs… Take a look. Turn the sound up!

I’m a photographer and music junkie living with my wife, Evelyne and our three boys, Elliott, Isaac and Jonas! Evelyne and I met in the Alps in 2003 when Evelyne thought she was a cool snowboarder and I thought I was a superstar DJ.

I photographed my first wedding in 2006 and have now shot almost 500 weddings, mostly in the UK, but I absolutely love travelling anywhere in the world. I enjoyed it when I started but love my job now more than ever.