If there’s one thing you can’t plan for your wedding, it’s the weather!

It’s been said many times but unfortunately, it’s very true, as Kate & Ian found out when they were married at the spectacular Avoncroft Museum of Historic Buildings in Worcestershire.

They say that rain on your wedding day is good luck because it makes “the knot” harder to undo.

On the day it rained. And then it rained some more! Luckily we did get a few breaks in the weather and escaped to use the amazing buildings around the grounds for portraits. But we took my “Shit! It’s raining” umbrella just in case. And we ended up using it!

Unfortunately, somebody at the wedding broke our umbrella 🙁 We’ll have to order another one!

Big congrats to Kate & Ian and thanks to Anna Clarke for second shooting on the day.

If you’re planning an Avoncroft Museum wedding I’d love to hear from you so please drop me an email via the Contact Page. 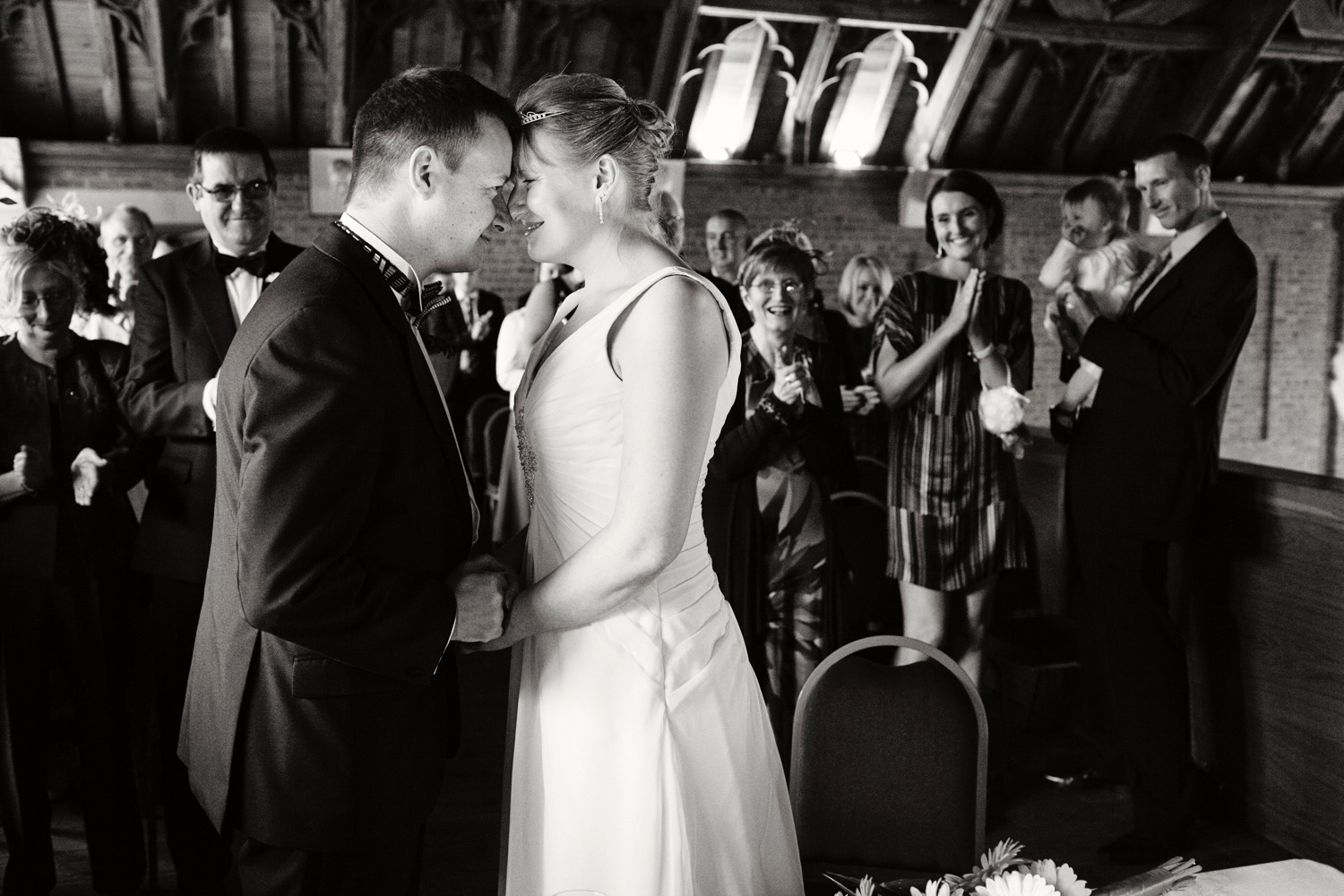 Avoncroft Museum offers a unique setting for your wedding, civil ceremony and reception.

Ceremonies are held in the atmospheric New Guesten Hall beneath its magnificent fourteenth century, Grade II listed roof. Blessings can be performed in the Mission Church, a Victorian ‘tin chapel’ rescued from Bringsty, Herefordshire, and now rebuilt in the Museum grounds.

After your ceremony, your guests can enjoy the Museum’s extensive grounds and gardens, spread over 19 acres of English countryside, while the many historic buildings provide interesting and unusual settings for your wedding photographs.

Avoncroft Museum of Historic Buildings is an open-air museum of rescued buildings which have been relocated to its site in Stoke Heath, a district of Bromsgrove, Worcestershire, England. Founded in 1963 and opened in 1967, the museum was conceived following the dismantling of a 15th-century timber-framed house in Bromsgrove in 1962 to provide a location for its reconstruction. It became England’s first open-air museum and the second in the United Kingdom. This building is known as the medieval ‘Town House’ today, though it has been known by other names in the past, including the ‘Bromsgrove House’ and the ‘Merchant’s House’. It now houses a collection of domestic, industrial, agricultural and other forms of historic building, the majority dismantled and re-erected.

The museum’s collection comprises more than 30 buildings and structures which have been relocated from their original sites under threat of demolition, being rebuilt and restored at the museum. This includes a fully functioning windmill and a post WW2 prefab house as used in many towns and cities after the Second World War to provide quick affordable replacements for houses destroyed by bombing. The Arcon V prefabricated house was originally constructed on Moat Lane in Yardley, Birmingham and was transported to the museum in 1981.[1]

Weddings and receptions are frequently held in The New Guesten Hall, a building at the museum which was built to incorporate the preserved timber roof of Guesten Hall, originally built next to Worcester Cathedral for entertaining the Prior’s guests. The New Guesten Hall is also used by outside parties for concerts, conferences, exhibitions and meetings. The museum’s Victorian church, originally built in 1891 at Bringsty Common, Herefordshire, was opened and re-dedicated in 1996 and services are held there during the museum’s open season. The church is also licensed for wedding blessings.

The other exhibits, which span over 700 years of history, include a perry mill from Redditch, a toll house from Little Malvern, a fibreglass spire from Smethwick, an earth closet, a cruck-frame barn and a counting house.

I’m a Brit living in Montreal with my wife, Evelyne and our three boys, Elliott, Isaac and Jonas! Evelyne and I met in the Alps in 2003 when Evelyne thought she was a cool snowboarder and I thought I was a superstar DJ. We got married in 2007 in Cornwall, England and moved to Canada in 2014.

I photographed my first wedding in 2006 and have now shot almost 500 weddings, mostly in Canada & the UK, but I absolutely love travelling anywhere in the world. I enjoyed it when I started but love my job now more than ever.

Below is a short slideshow of some of my favourite recent wedding photos… Take a look. And turn the sound up!