I only left the Oh Sees gig at Le National 12 hours ago so I’m pretty impressed with myself that I’m already blogging the images!

Not only that but I’ve also written up a review of the show for Montreal Rocks.

This is a band who have been on my radar for years and I’d heard about their legendary live gigs. My friend and great photographer, Brian Robinson declared them his gig of the year not long ago so when I saw they were heading back to Montreal, I made sure this one was in my diary.

And I was not disappointed.

If you wanna know my thoughts about the show, you can read my full review on Montreal Rocks but here I want to share a few of my photos from last night. It wasn’t an easy gig to shoot but it’s one of those bands who, when you do get lucky, give you the opportunity to capture something pretty cool. As is the norm, I was allowed to shoot for the first three songs, without flash, but there was no photographer pit between the stage and the crowd, so I was forced to get down the front in a rowdy pit, to do the job. Add to that the fact that Oh Sees have two drummers front and centre stage and it can make for quite a tricky shoot.

I went up onto the balcony for the third song where I took some of my favourite photos, showing the band and crowd rocking out in unison. I always aim to get a variety of images from a gig and really like the perspective from further back if I can get a good vantage point.

After the three songs were over, I grabbed a beer and watched the rest of the gig. Le National is a great venue too, and it suited this type of show. Check the band out if you’ve not heard them before. 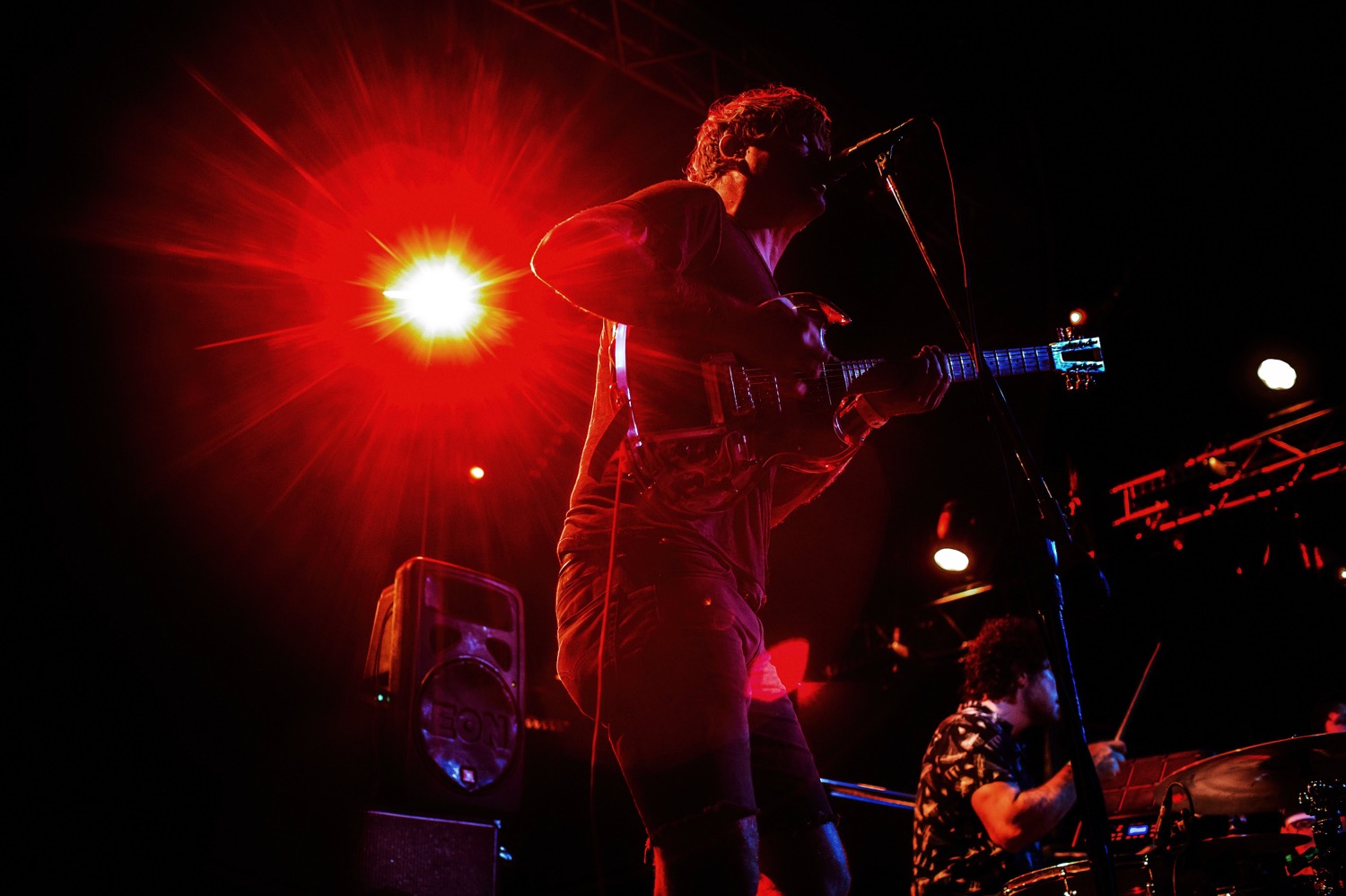