Sometimes, as photographers, it can be all too easy to rest on our laurels, play it safe, use the cameras we always use and edit the images in Lightroom/Photoshop to make them the best they can be.

Evelyne and I are actually pretty good at taking photos of the boys. But a lot of those photos are taken on an iPhone. Some are taken on my good old reliable DSLRs.

More and more though we’ve been getting our other cameras out of the cupboard. And loading them with film. Yes, film. Remember that?

The kids will be confused when they ask to see the photos on the back of the camera after we take them.

We still love the experience of dropping that film off at the lab, collecting the prints a few days later, and only then seeing what we captured.

As Jonathan Canlas will tell you…. Film Is Not Dead.

These photos were all taken by Evelyne on Kodak Portra 400 film. 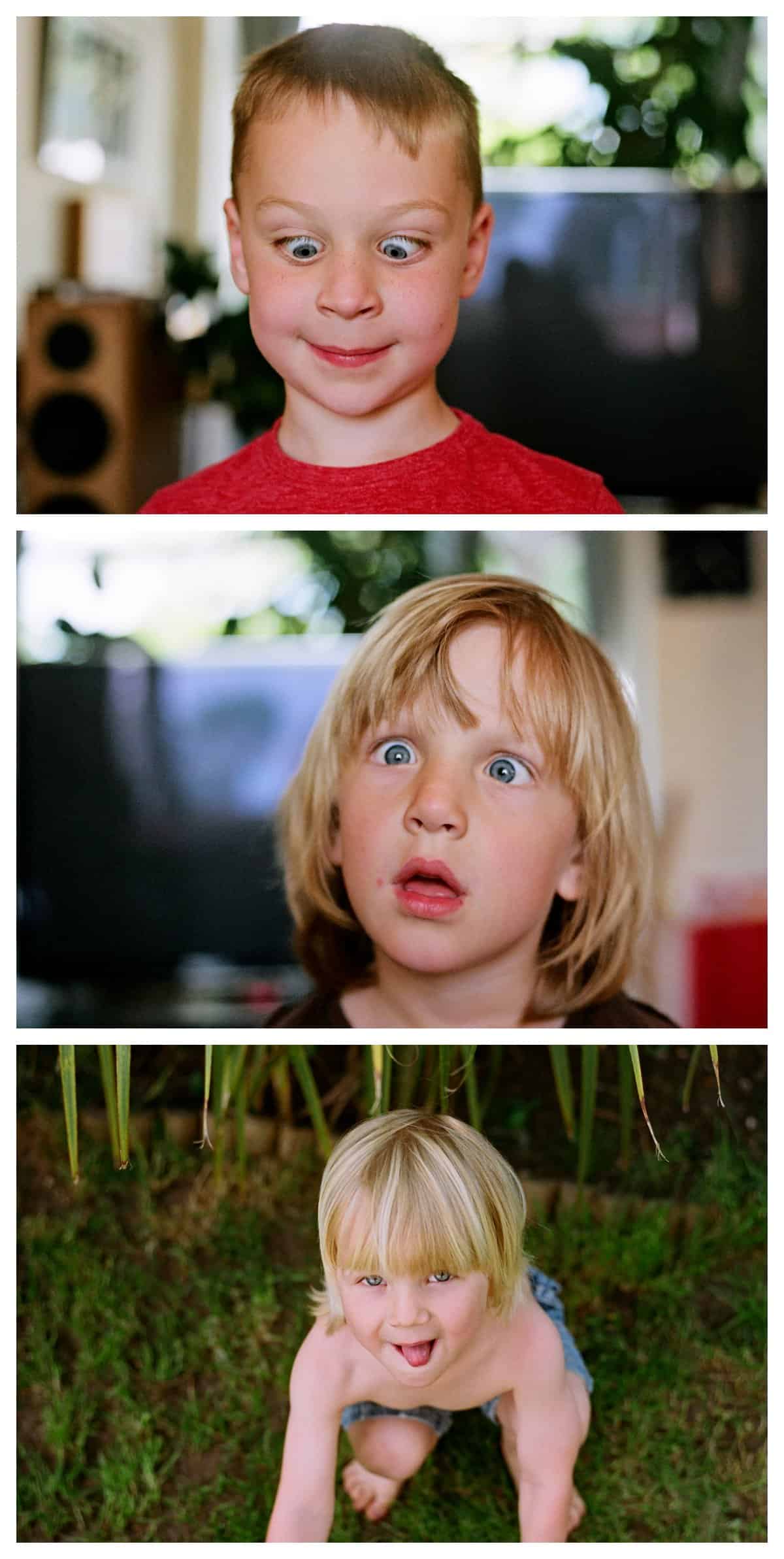