Fazeley Studios in the Digbeth area of Birmingham is a wedding venue suited to couples who like to do things a little differently from the norm, and Kailee & Matt are a perfect example of such a couple.

The last time I shot a wedding at Fazeley was back in the winter for Zoe & Warren. Every wedding I’ve photographed at this cool and quirky venue has been a laid-back affair with the emphasis on having a fantastic day with the couple’s favourite people.

Fazeley Studios is located in Digbeth, Birmingham’s Creative Quarter and is a fantastic array of spaces that work perfectly together to host a wedding ceremony and reception, with a great little courtyard out back for guests to enjoy the fresh air if the weather is on our side. For Kailee & Matt’s wedding, the weather was perfect and the light in the courtyard made for great candid photos.

There’s very little in the way of greenery near the venue. You’d struggle to find a tree around there (except the potted ones in the courtyard), but there is an abundance of street art and fantastic urban & industrial architecture and that makes for very cool wedding photos that are an alternative to the normal, traditional wedding photography associated with many wedding venues.

For Kailee & Matt’s day, I began in the morning with the girls at home getting ready before jumping in the car and heading over to where Matt and his boys were preparing and having a quick drink before heading to Fazeley in a limo that was a surprise for the groom.

Once we arrived at Fazeley Studios, the guests began to arrive and it wasn’t long before Kailee joined us and the ceremony got underway. It was an emotional ceremony but also with its fair share of laughs, especially when the couple began making their way back down the aisle only to be called back because it wasn’t actually over!

The room has nice big windows so there is plenty of light in there for photographers, however the officiant wouldn’t allow me to get too close so I had to be creative with my angles.

I actually first met Kailee & Matt in Koh Samui in Thailand where they were guests for Kev & Ruth’s beach wedding and some people from that wedding were also at this Fazeley Studios wedding. It’s always great to see familiar faces.

The rest of their day was filled with sunshine, laughter, drinks, great food and plenty of dancing. They also had a bake-off where guests brought cakes and pies and a winner was announced that evening. Such a great idea.

Big thanks to Kailee & Matt for inviting me to be their wedding photographer for this fantastic wedding. I had an absolute blast and even got a big kiss from the couple at the end, as you’ll see below 🙂 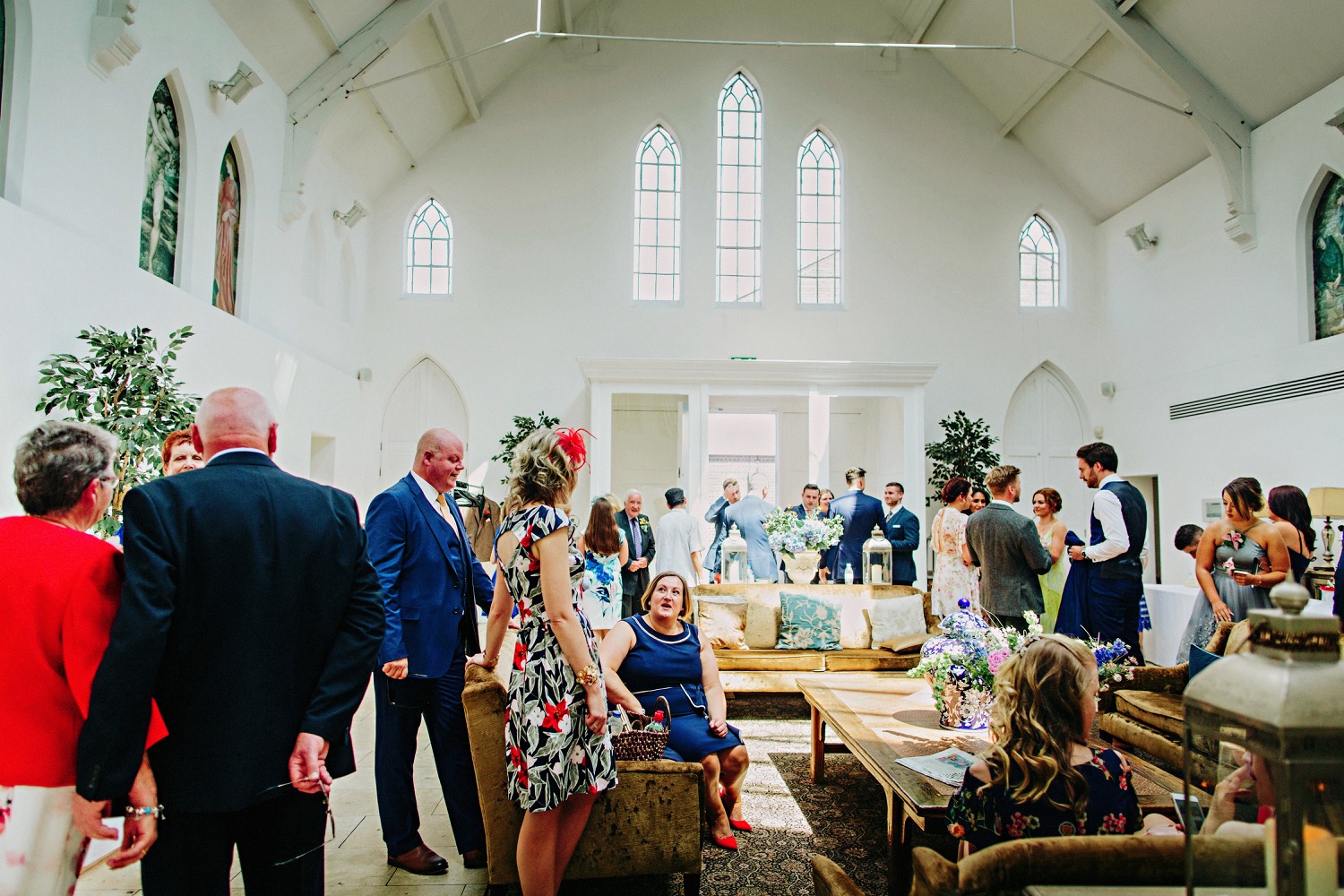