Surprise proposals are something I’d not had much experience photographing before I moved to Montreal. In my entire career in the UK I shot exactly one proposal. This year alone I’ve shot about eight or nine in Montreal!

It’s a huge privilege being the only witness to such a huge event in people’s lives. I’m always the first to congratulate them and it’s very cool that I get to give them photos that will always remind them of that moment.

It can also be quite a challenge.

For one thing, I have to be super unobtrusive for the time before he (or she) pops the question. I want to have photos leading up to that moment so as to tell a story but I really don’t want her to get suspicious or even notice the guy with the long lens following them! In most locations, I can blend in by looking like a tourist taking photos but sometimes there are hardly any other people around so I have to be careful I don’t arouse any suspicions as to what’s about to happen.

With Rosa & Luis, I had another unexpected challenge. I’d agreed with Luis that we’d meet at the Botanical Garden in Montreal and that he would text me the exact location as well as a selfie that he’d take earlier that day. That way I knew exactly who to look out for. When I arrived at the Botanical Garden, however, I hadn’t had these two pieces of info and the place was really busy with visitors. I kept checking my phone but I was getting worried he had the wrong number or had just forgotten, and I was maybe gonna miss the proposal. Thankfully, my phone eventually received a message and I headed to track them down.

Then I became the stalker. Following the couple around the gardens until Luis gave me a signal that he was about to ask her to marry him. She said yes!

After I’d given them time to enjoy the moment and let it all sink in we did a portrait session around the gardens. It’s a pretty amazing location for a proposal and for photos. See for yourself…. 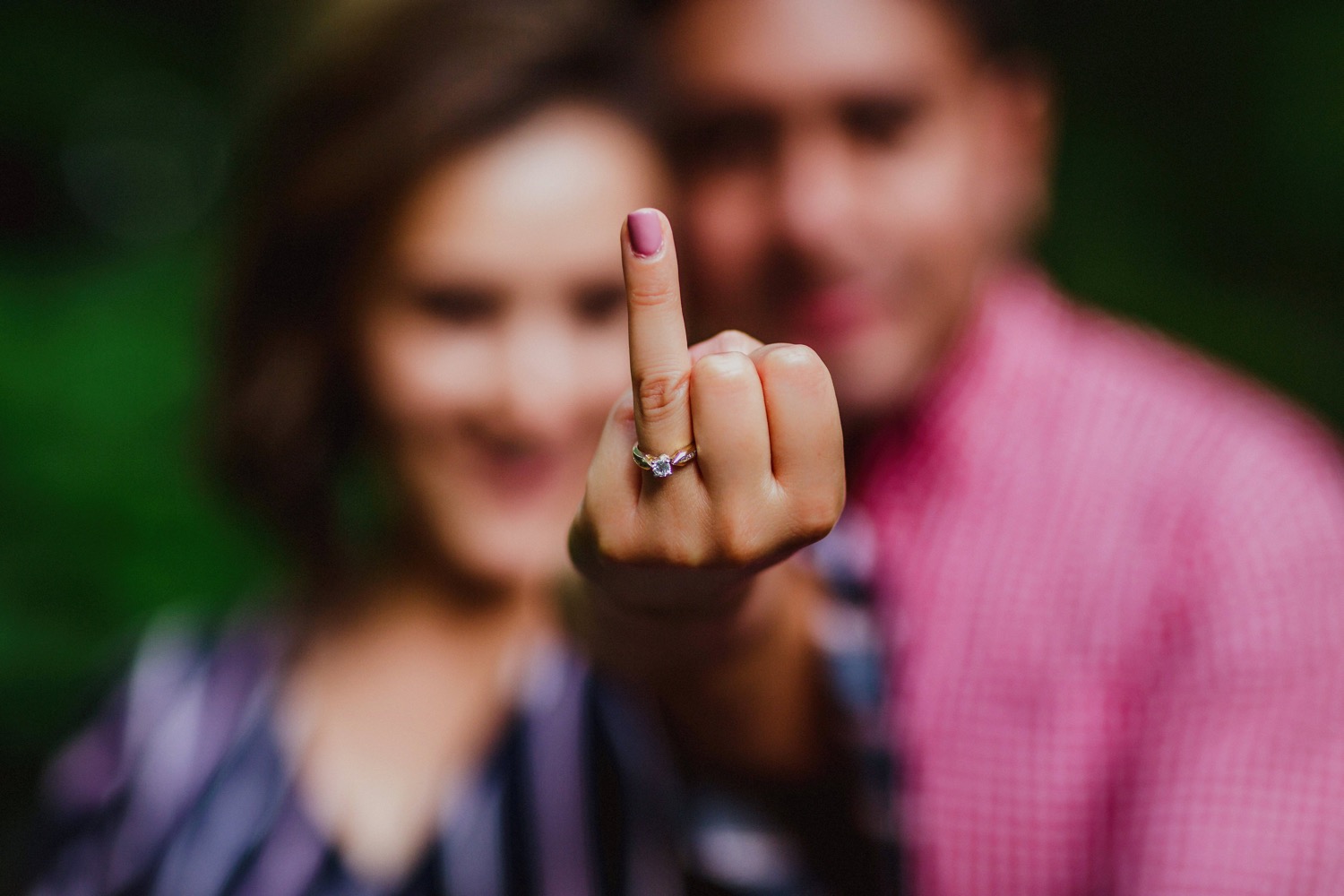